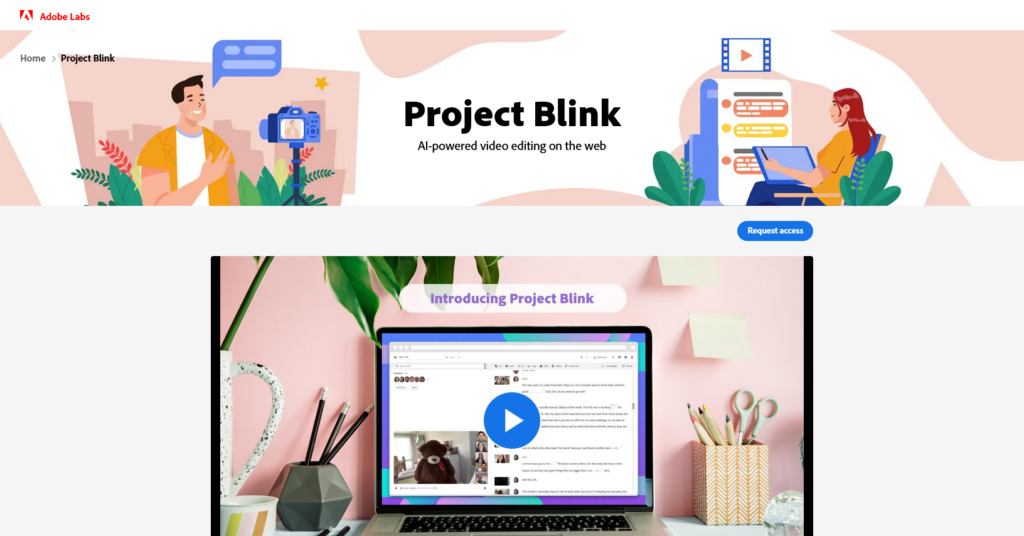 Adobe demonstrates a range of AI image composition tools
Adobe showcased a series of AI-based image compositing tools at its recent MAX Sneaks event. Among them is Project Clever Composites, which automates the speedy merging of images through AI, such as cropping out portraits from travel photos and seamlessly merging them into other backgrounds. Another experimental feature, Project Blink, allows users to search for specific dialogue, or even objects or sounds in the frame, while editing video, and then choose to crop or extract the corresponding clip.

Project All Of Me allows the use of AI to generate content that does not exist in a photo, such as generating a larger image from a smaller one, or generating a photo from another angle. At present, Project Blink has already started accepting applications for internal testing, and the release plan for other features has not yet been confirmed.

India Issues $162 Million Antitrust Fine to Google
On Oct. 20, Indian regulators issued a $162 million antitrust fine against Google for anticompetitive behavior related to Android mobile devices. India began investigating Google in early 2019 based on complaints that, according to its official statement, Google’s requirement that Android device manufacturers pre-install the entire Google services framework and compel the prominent display of Google’s apps constituted the imposition of unreasonable trading conditions. In addition, Google’s violations include controlling market access for search applications on mobile; and using its dominant position in the Android app store market to assert its competitive advantage in markets such as search, browsers, and online video.

India is the market with the largest number of Google users. According to Counterpoint, 97 percent of the country’s 600 million smartphones are powered by the Android operating system. This comes as Google has faced increasing antitrust scrutiny from various governments. In September, it an appeal against a €4.3 billion antitrust fine from the European Union.

Microsoft PC Manager on the Microsoft Store
Recently, Twitter user Aggiornamenti Lumia found that Microsoft PC Manager, the official PC cleaning and optimization tool from Microsoft, is on the Microsoft Store, but it is not yet on public display and can only be accessed through a link; its page and screenshots are still in Chinese, but it can be installed on English systems. The pages and screenshots are still in Chinese, but the English interface can be displayed after installation on English systems.

Microsoft PC Manager was first launched in China earlier this year for public testing, with features such as file cleanup, program uninstallation, startup item management, process management, etc. One notable feature is the ability to easily change the default browser.

Pocket Casts Open Source Releases Mobile App
On October 19, podcasting app Pocket Casts announced on its official blog the open source release of its mobile app, including versions for both iOS and Android platforms, under the Mozilla Public License 2.0.

Pocket Casts was acquired last year by Automattic, the parent company of the well-known open source blogging framework WordPress. The announcement says that open source is what it has wanted to do since joining Automattic; podcasts cannot and should not be controlled by Apple and Spotify, and supports a diverse ecosystem of third-party clients.

YouTube Premium increases subscription prices dramatically
Recently, YouTube Premium subscribers in several regions have been receiving official email notifications that the price of the Premium service plan will be increased starting November 21 in order to continue providing great service and features. This is the first price increase for YouTube Premium since 2018.

Earlier this month, YouTube was spotted testing 4K clarity for Premium subscribers only, but after controversy, announced that it was just an “experiment” and lifted the restriction.

On October 22nd, 91mobiles released a set of images of what it claims to be the Nothing ear (2) wireless earbuds. The images show that the sequel continues to have a transparent design, but the Nothing logo on the handle has been replaced with the word ear (2).

AppUninstaller.com’s App Uninstaller releases the newer version App Uninstaller 2023, featuring the fastest and most powerful app removal capability for Mac devices. It is one of the most cost-efficient tool and recommended by MacUninstallers.com, the renown independent review site.

According to Bloomberg contributor Mark Gurman, Apple expects to launch the MacBook Pro and Mac mini with the M2 family of chips in the next few months. The M2 Max will have 12 CPU cores (including eight performance cores and four efficiency cores) and 38 GPU cores, and will still have up to 64GB of memory. silicon chips with 24 CPU cores (including 16 performance cores and 8 efficiency cores), 76 graphics cores and 192GB of memory running a beta version of macOS Ventura 13.3.

About the Author: Milfordnj.org Editor